Mystic Roots Band (MRB) is a Chico, CA-born, 5-piece pop reggae fusion band. With two feet solidly in reggae, the band seamlessly juggles elements of dancehall, Hip-Hop, EDM, pop, and a taste of rock. The band is always sharpening their evolving musical arrangements of vocal harmonies that are made richer by the groups’ female/male dynamic. The music and lyrics are catchy and upbeat, yet with a powerful, positive message. Attending a Mystic Roots live concert guarantees not just music for your ears, but also a high-energy show and powerful experience you’ll never forget. MRB promotes positivity and spreads a conscious message while still having a good time and keeping the party going!

The band is always on the move, accepting choice offers to play renowned music festivals and notable shows, playing support to artists such as Ziggy Marley, Michael Franti, Blink 182, Magic! Violent Femmes, 311, Matisyahu, Slightly Stoopid, Rebelution, Tribal Seeds, and more.  Relentless touring and an exciting stage show have garnered a fan base from the West Coast to the Far East, from So Cal to Singapore.  The band has completed several successful tours in Asia, rocking crowds in Japan, South Korea, Guam, and are getting ready to embark on a tour through Europe this December, stopping in Spain, Portugal, Italy, and Greece through the “Armed Forces Entertainment” program.

MRB is fresh off the release of their newest single, “Summer Festival” which topped iTunes “Hot Tracks” in Reggae at #1, was ranked #12 in “What’s Hot” in ALL genres and was the 2nd best selling Reggae single of the week during its debut. “Summer Festival” is a feel-good Reggae pop tune that’s sure to get you ready for summer or have you reminiscing about summers passed. “Summer Festival” is a timeless song that all ages will love and is an exemplification for music festivals worldwide. Mystic Roots band is currently working on a 5 song EP that includes this song and 4 more with similar easy-going and positive vibes spearheaded by the production of E.N. Young of Roots Musician Records and Tribal Seeds. The EP will be available in early 2015. 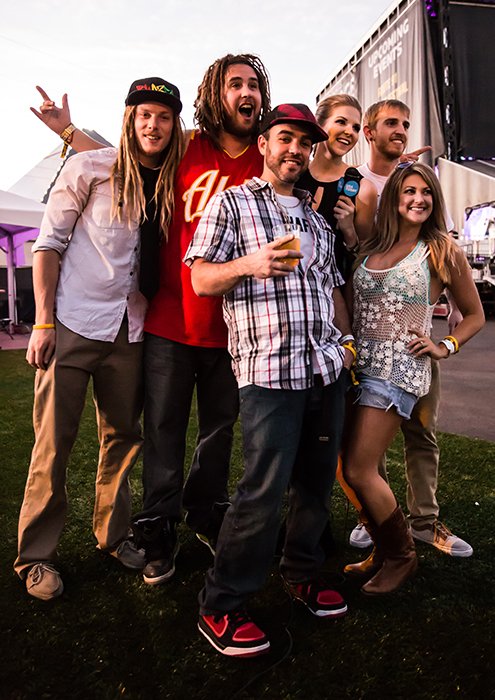 The single “Summer Festival” is the follow up to Mystic Roots album “Camp Fire”, which includes two albums; the first of which showcases Mystic Roots in a Reggae Roots style on Volume 1 “Camp” along with a second disc: Volume 2 “Fire” which features EDM and Club remixes.

Over the years, Mystic Roots Band has made some stellar achievements. Here are just a few examples:

The band is working harder than ever and ready to accelerate the pace that’s gained them fans in the US, Mexico, Canada, South America, Australia, Asia, and beyond. With over 1,500 shows played in some of the finest venues across the land, a rapidly growing fan base, and the success of the new single “Summer Festival” the Mystic Roots Band are on a mission to take their road-tested, fresh, new sound to audiences worldwide. 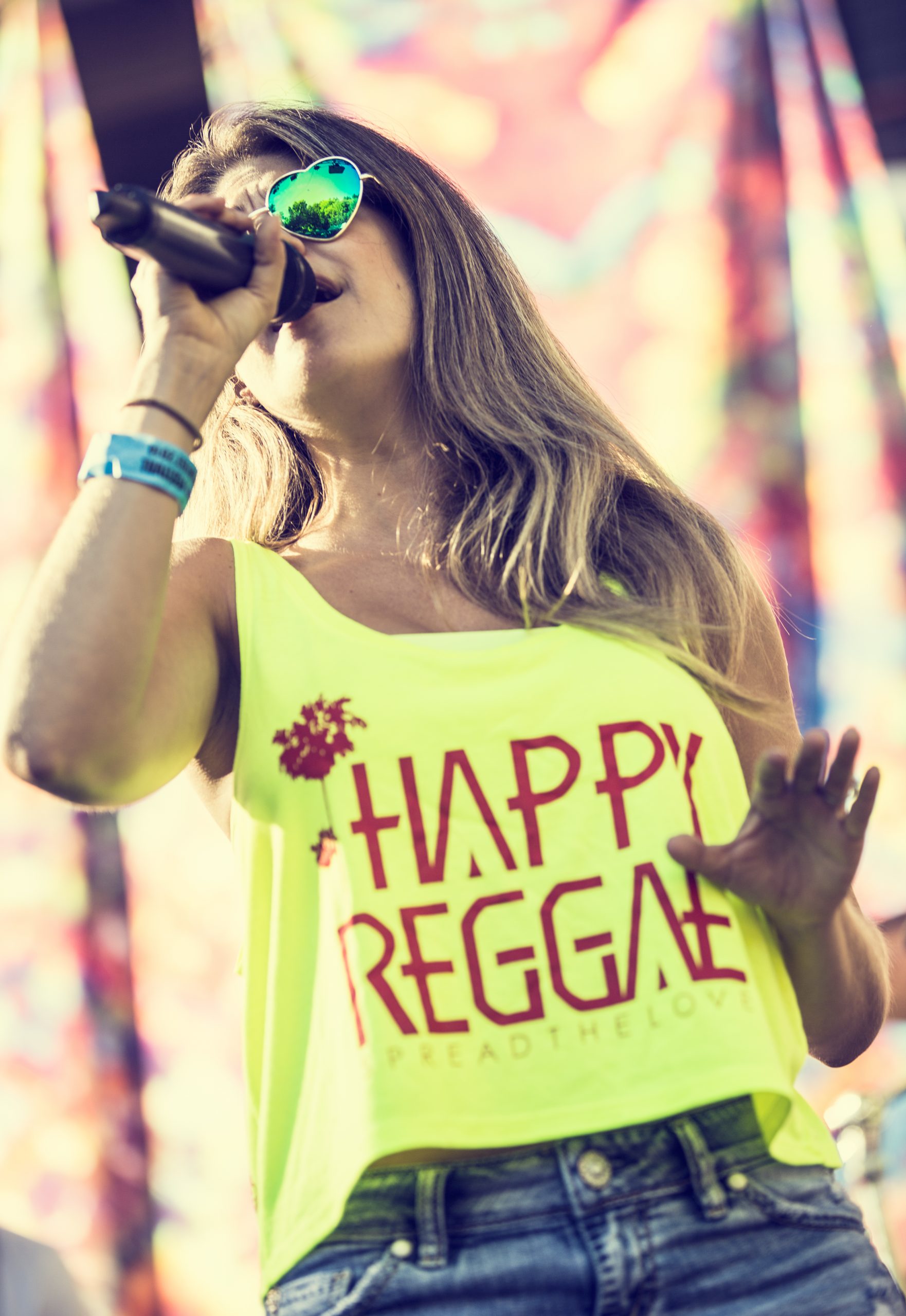 Katherine Ramirez is an up-and-coming singer/songwriter with vocal styles that could be defined as a Cross Between Jewel and Sarah McLachlan meets Fergie and Madonna. Her musical influences range widely from Country and Jazz to Pop/R&B and Reggae, which her sound encompasses. Katherine offers a new, fresh, and pure vocal sound. Katherine had the opportunity to make it to Hollywood week on America’s #1 television show, American Idol – Season 7.

Katherine’s amazing voice helped her make it to the 51st POSITION out of 130,000 PERFORMER IN THE UNITED STATES. Katherine is currently touring the United States with California Hip Hop Reggae Band Mystic Roots promoting her music.

Originally from a small town in Northern California, Katherine started singing at the age of 4 in her church choir. After graduating high school she had the ambition to follow her lifelong dream so she relocated to Southern California. In 2006 Katherine joined a San Diego Corporate Band and performed popular dance songs for private parties and throughout the casino circuit. During this time she tried out for American Idol and her experience on the show motivated her to focus solely on her music and songwriting.

Shortly after her American Idol experience she was discovered by Stay Positive Productions, Record Label of Mystic Roots Band, and has had the opportunity to tour with them and perform around the United States In venues such as House of Blues Hollywood, Anaheim, and New Orleans.

Internationally she has performed in Vancouver, Canada at the Island Music Fest to an audience of 10,000 people, as well as Fiji on Beachcomber Island, and in Mexico for Spring Break alongside the Mystic Roots Band.

Motivated to succeed in the music industry Katherine continues to write, record, and promote her music aspiring to become the next female solo artist to make it to the Billboard charts.

Coot Wyman a.k.a. cootdog was born and raised in West Marin County in the San Francisco Bay. Coot has been practicing the hip/hop art of freestyle since nine years old. His Father was a touring musician and taught his son the fundamentals of music. Coot’s life has been a path straight to success in the music business. In high-school he produced and recorded hip-hop albums with the groups Coco-Flip, TFC, 51-50, 2HP, and The Sac, which were locally very successful. 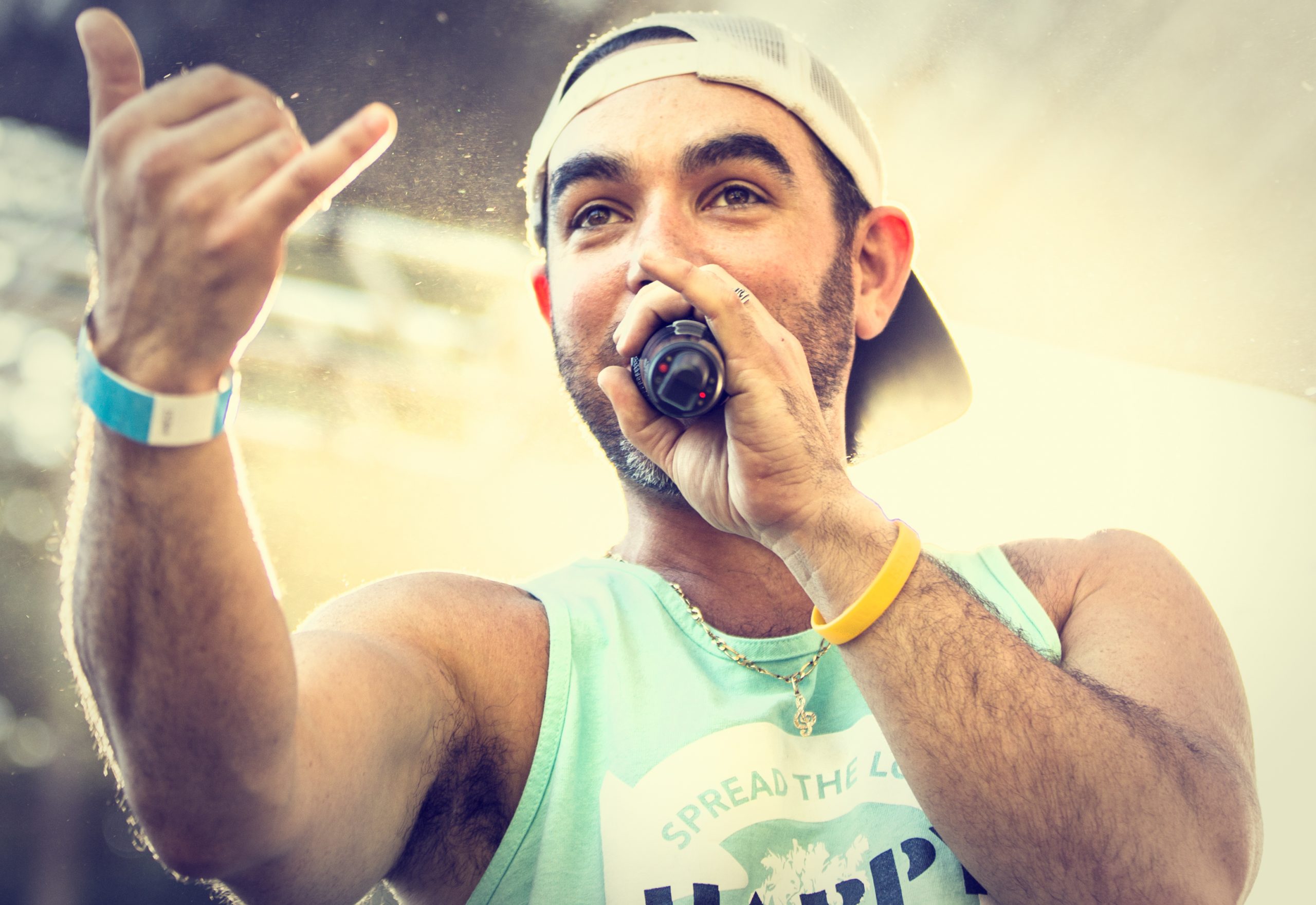 Coot’s songs were written as a rebellious voice opposing racism. His song “Let It Go” won him a college scholarship from the late Corretta Scott King, widow of Dr. Martin Luther King Jr. Coot grew up with Shayne and studied piano from Shayne’s father, Talc. Shayne and coot had a hip-hop/R&B group together in the early 90s called The Next Dope Generation. After high school, the two of them came to attend Chico State to study Recording Arts. He then became music director for Chico State’s radio station: KCSC and began DJing heavily in the Chico scene.

Shayne introduced Coot to the original members of Mystic Roots and Coot was recruited to rock the mic in a hip-hop style. Now cootdog sings lead vocals, background vocals, plays the keyboards, kicks a mean beat-box, and continues to rock the mic with tremendous vocal ability and force.

The album and website are entitled: The cootdog project.

In 2002, coot founded Stay Positive Productions, an independent management company for Mystic Roots Band, and his own solo projects. After moving the band down to Oceanside, CA to try the So-Cal scene on for size, coot has remained committed to pushing MRB as far as he can. Having obtained a job at Cornerstone R.A.S. (formerly Skunk records), coot secured a distribution deal for MRB that now spans the globe.

In 2006, coot reunited with long-time friend Pato Banton and secured his band a job backing Pato and touring with him as his right-hand man around the US. These tours spanned hundreds of shows and lasted until 2009.

In 2010, coot moved the band back to Chico, CA, and re-established himself as a DJ on multiple radio shows, including ZROCK, POWER 102, and BOB FM where he programs and hosts the first-ever reggae show to appear on commercial radio in the North State. 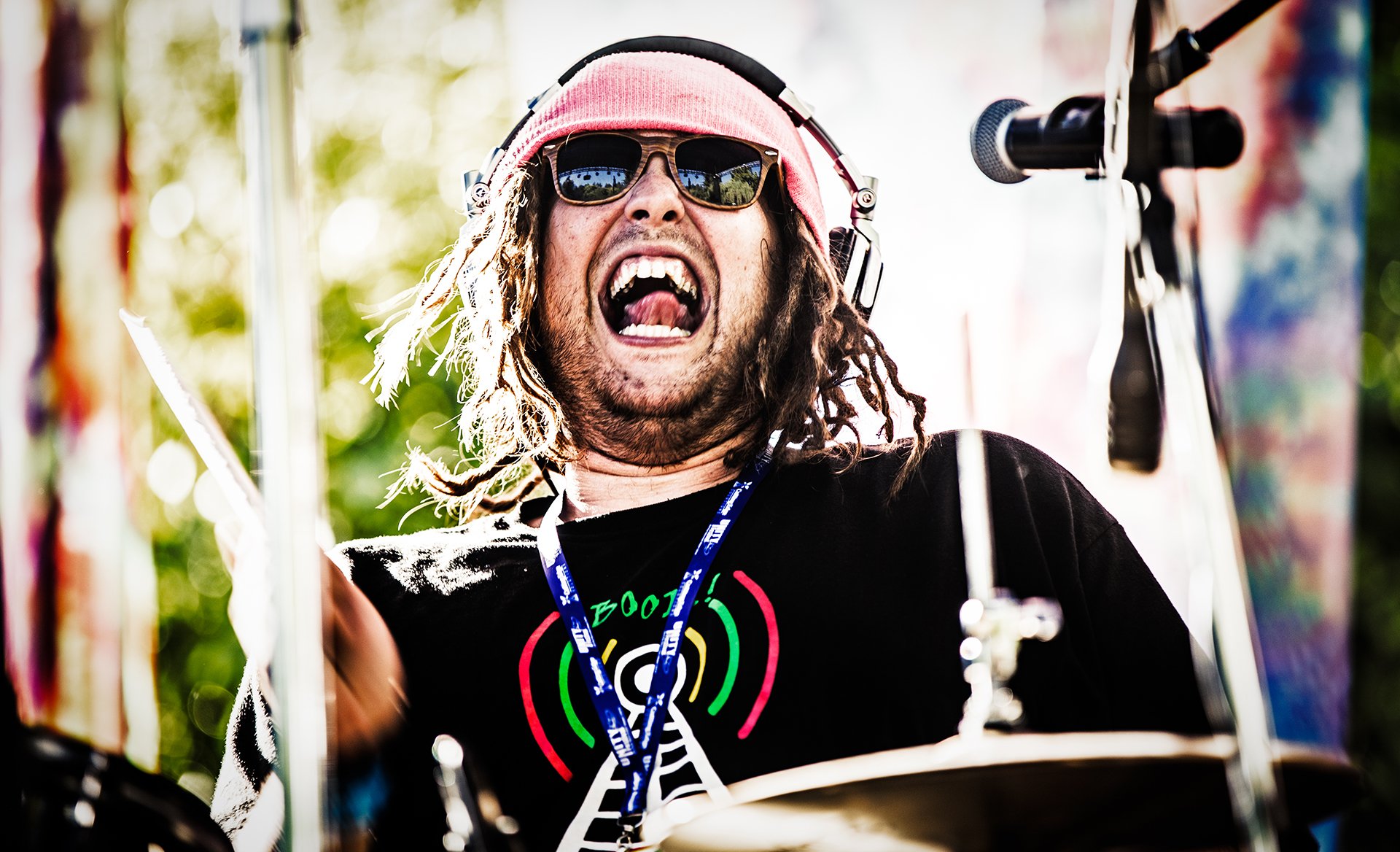 Marko is a reggae music lover, singer, DJ, drummer, producer, and all-around reggae enthusiast from Southern Oregon.  Marko caught a chronic case of reggae mylitis around the age of 12 that shows no signs of easing.  Starting off DJing clubs and parties in the late 90’s Marko went on to tour as a DJ over the west coast, Europe, and Hawaii! While living in New Zealand in 2006, Marko started writing songs and when he moved back to the States he started touring and recording with a reggae band from Oregon called the Escort Service! Since then he has been playing as much reggae with as any people as possible, as many places as possible.  Currently Marko is the host of the Wild West Reggae Show on Q103, host of Party Time with DJ Marko on Nice Up Radio, drumming and singing with the Mystic Roots, touring and recording with his solo project, and dabbling in the mixtape game.  Look out for music coming soon!